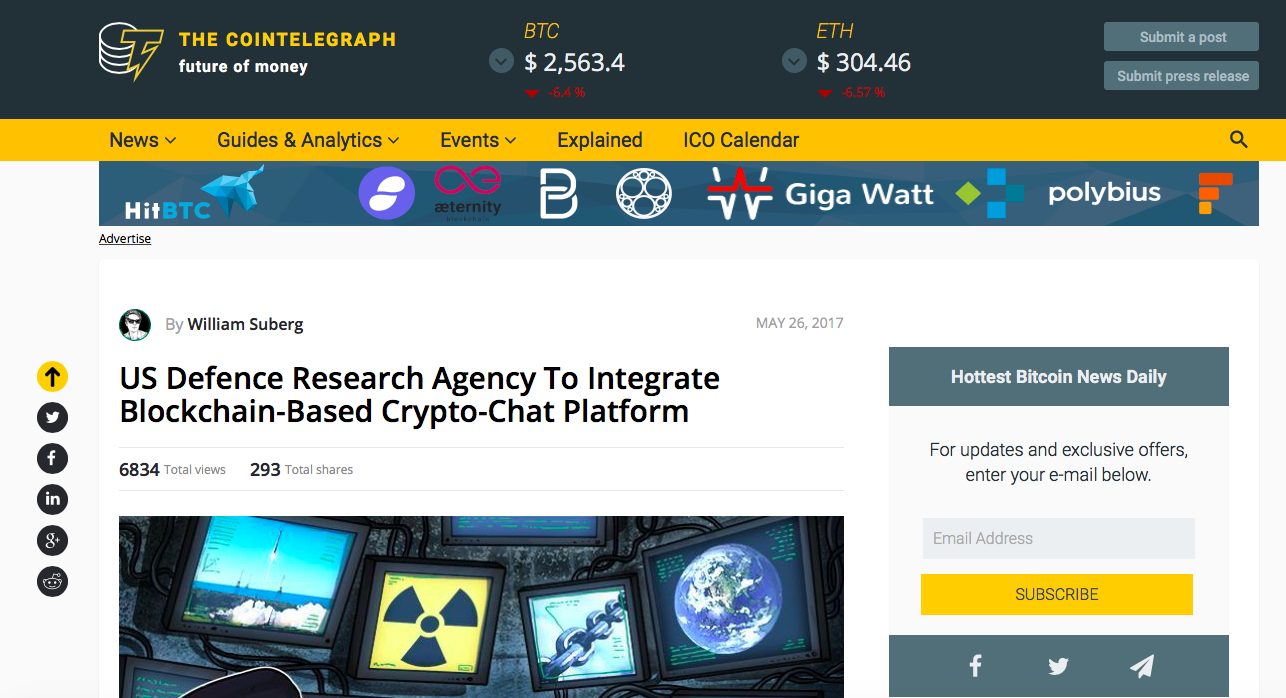 The US Defense Advanced Research Projects Agency (DARPA) has signed another Blockchain innovation deal, this time with Crypto-Chat developer ITAMCO.

Under plans published Thursday, ITAMCO will develop a “secure, non-hackable messaging and transaction platform for the U.S. military” after it won the DARPA contract.

“We are excited to work with DARPA to develop the latest in military-grade encryption software using blockchain technology, and look forward to offering an enterprise solution for secure messaging to industry,» director of research and development Joel Neidig said in a press release.

The messaging platform will use Blockchain technology to ensure data sent is “virtually hack-proof” by separating message creation from transmission.

In practice, its uses will “include the communication of troops on the ground with HQ, or sending information between intelligence officers and the Pentagon.”

Cointelegraph reported earlier in May on a concurrent partnership between US defence contractor Lockheed Martin and Guardtime Federal, which constituted the first ever Blockchain implementation by such a contractor.

“If significant portions of the Department of Defense back office infrastructure can be decentralized, smart documents and contracts can be instantly and securely sent and received,” DARPA said in September last year.